Say goodbye to the skills matrix, a better way to visualise people’s skills is here

Visualised data can tell better stories about individuals, teams and organisations than plain numbers or text. Use MuchSkills to get a clearer picture of the skills available to you.

Technology has significantly changed the way we work since the days most people stuck to one job for most of their lives.

To retain these highly skilled people, organisations need to make sure that these individuals are motivated enough by the tasks assigned to them.

But organisations can only do this if they understand each individual’s unique skills and abilities and what skills these individuals are the most interested in deploying, and allocate work accordingly.

Traditionally, CVs helped employers assess individuals so that people with the best skill sets could be assigned to each task. But as modern workers evolve over the course of their lives, developing new skills and interests or moving away from old ones, CVs have failed to keep up because they only capture one aspect of an individual’s skills. CVs are a static list of a person’s formal educational and professional achievements, but the modern workplace requires a more dynamic approach.

Here’s an example. An expert financial analyst could have an MBA from a top business school, which will find a mention in their CV. In addition to that, however, the analyst may also be someone who loves learning new things and is open to using new systems and tools. A conventional CV won’t tell us this about them. And though apart from looking at CVs, some organisations also hold tests and interviews to assess candidates, these assessments also fail to capture the nuances of each individual’s evolving abilities and interests.

Organisations that are part of the modern workforce therefore face the complex task of getting work done efficiently while keeping their diverse workforce highly motivated.

Some organizations think ping-pong tables and Taco Fridays are motivating factors, but we disagree. In our experience, people feel great when they accomplish things and when they grow professionally and personally.

But how can organisations ensure this?

Efficient skills management is the answer. But here too there is a problem.

The way we look at skills management – “the practice of understanding, developing and deploying people and their skills” – has remained the same even as individuals and organisations embrace the changing workplace and its complexities.

In this blog, I will talk about how MuchSkills – a completely new way of visualising skill sets – can aid individuals and organisations in efficient skills management, helping each of them to realise their full potential.

For that we’ll need to talk about the competency framework used for skill management, which is also called the skills matrix or competency matrix.

A skills matrix is a visual tool that displays, in the form of a table, each individual’s level of competency in specific skills and their level of interest in utilising those skills. Some skills matrices are basic, others granular, with a high level of detail.

‍Developing a traditional skills matrix is a valuable exercise for organisations because it helps managers understand whether the basic skills required for the job at hand are present in their teams and identify any gaps that can be detrimental to the organisation’s work. For instance, if only a few employees possess the skills at the core of the organisation’s work, they will bear the burden of doing a chunk of the work, which may harm the outcome.

For employees, a skills matrix that highlights their strengths and weaknesses can be a starting point for self-improvement.

Skill matrixes allow team leaders pick the employees who have exactly the skill sets that are needed for each project. Teams are better prepared for projects because they are aware of the skills available. If a particular skill set is missing from the team, team leaders can look for employees with that skill elsewhere in the organisation or recruit someone with those skills.

All this leads to efficient employee utilisation. That’s not all. When employees are matched with projects that need their skills, the outcome is always good, leading to happy clients and employees.

‍But the traditional skills matrix has its limitations:

‍What organisations need is a simple design interface that can show them in one glance all they need to know about the skill sets in the organisation.

This is where MuchSkills comes in.

MuchSkills is an app that beautifully visualises data about skill sets that individuals and team leaders can swiftly access in an attractive, easily comprehensible interface.

MuchSkills is about data visualisation of the kind championed by Swedish physician, academic, and public speaker Hans Rosling, who believed that data didn’t have to be boring. Rosling believed that data, when displayed in a visualised form, could tell detailed stories about people, organisations and countries, giving viewers valuable insights into lessons from the data that would have otherwise been lost in mind-numbing tables and charts.

He believed in making statistics fun because

MuchSkills is designed to aid two kinds of users:

MuchSkills makes all this data available to employers and employees in an attractive, easily comprehensible interface.

Before we continue, let’s talk about the beauty of data visualisation, which is at the core of MuchSkills.

Look at the table and diagrams below. They both display the same data. But one grabs your attention.

The data for these charts was collected by Florence Nightingale, who is widely renowned as the founder of modern nursing. Her work as a statistician is less known, but it may have saved more lives than her work as a nurse.

In an 1858 report, Nightingale’s diagram of the “Causes of Mortality in the Army in the East” (during the Crimean War) illustrated that the majority of British soldiers died of sickness (blue) caused by poor sanitation than wounds or other causes (black and red) between April 1854 to March 1956. She used these two easily comprehensible diagrams to illustrate how mortality had dropped in the second year of the war (left diagram) because of improved sanitation in hospitals.

The data used in the diagrams comes from the table below. Which one tells you the better story? Which one makes you care?

Nightingale’s data visualisation diagrams – that were easily understood by the British public and widely reproduced – spurred the government to review sanitation standards in all Army barracks and hospitals.

Data needs to be easily readable for people to understand what it is telling us, and for us to detect patterns, trends, and outliers in groups of data that enable us to make informed decisions based on that data.

This is what MuchSkills helps you to do. You can immediately do the following things in a single glance and a few taps:

Users can get a total overview of a team’s skill set. They just need to tap, tap, tap to break down skills according to team, department and organisation. They can also toggle between the skills a team is using on a project or the number of individuals available at any given moment in time.

You get a full overview and deep understanding of team and individual development by keeping track of the ever growing list of software used by your team and about what everyone is learning and mastering.

As an individual it is motivating to see your professional growth with just a tap of your phone – that a year ago you marked yourself a “beginner” in Python proficiency, but you now are confident enough to mark yourself as someone with “intermediate” proficiency.

Similarly, as a team leader, when you have a project coming up that you need to staff, what would you prefer? Making sense of a conventional skills matrix on an excel sheet, or a glance at an interface that immediately tells you what skills your team possesses, what is wanting and how employees have evolved over time?

Get suggested the most relevant candidates for upcoming projects and ensure client happiness as well as employee job satisfaction. 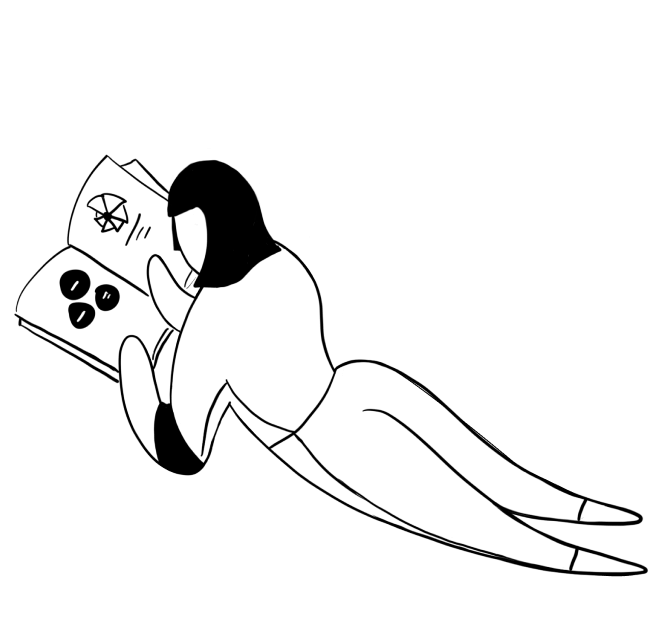 Subscribe to our newsletter to receive MuchSkills insights directly in your inbox.
Don't worry we will respect your inbox

Flexibility, diversity and continuous feedback: How millennials are changing the workplace

As millennials enter managerial positions, they are fashioning organisations in their image.

55% of companies say they need help with basic people analytics, found the study.